The IoT Cybersecurity Act of 2020: Implications for Devices

A universe of devices and technology has fallen into our laps at a speed that organizations struggle to manage effectively. And that boom in devices shows no signs of stopping. In 2019, there were an estimated 9.9 billion Internet of Things (IoT) devices. By 2025, we expect 21.5 billion. As more information about IoT device vulnerabilities is published, the pressure on industry and government authorities to enhance security standards might be reaching a tipping point.

Last month’s passage of the IoT Cybersecurity Improvement Act of 2020 means all IoT devices used by government agencies will soon have to comply with strict NIST standards. While it’s a progressive step for the network security of the U.S. government, standards will not apply to the IoT market at-large. However, many are hopeful that this security update will trickle out to all IoT vendors and devices.

We start with the most critical information–what, if any, implications this has for the IoT universe. The draft guidelines published by NIST are still in the public comment period, so we break down what IoT device standards will include. Lastly, we touch on the political rationale of how the landmark IoT cybersecurity legislation came to be.

If you’re not currently a vendor for a government agency, you might be asking how this law applies to your products or business. It won’t affect your organization in the short term, but it could ultimately become the industry standard.

The co-chairs of the Senate Cybersecurity Caucus, Sen. Mark Warner (D-VA) and Sen. Cory Gardner (R-CO), released a joint statement applauding the bipartisan passage of the bill, saying in part: “Leveraging the purchasing power of the federal government, the bill will ultimately help move the wider market for IoT devices towards greater cybersecurity.”

And there it is for IoT vendors at-large; this regulation isn’t just about meeting the government contractor standard. Security standards will likely grow for all IoT devices.

Some cybersecurity analysts point to the success of the National Institute of Technology and Standards (NIST) guidelines for implementing mobile security of smartphones and tablets across the federal government and beyond. What has yet to be seen is how successful this approach will be in increasing universal IoT security standards.

Also Read: Edge Security: How to Secure the Edge of the Network

For non-government vendors currently in the IoT market—and therefore not affected by this law—you may start to consider adopting the NIST standards. After all, the benefit is to market your IoT product line as meeting federal compliance guidelines for security. For vendors who do take the time and resources to boost their product security, the result can also mean happier, more trusting customers and users.

Breaking Down the Bill’s Impact

For any IoT device vendors currently contracted by the government, this is what we know so far from the National Institute of Standards and Technology (NIST):

Required reading for IoT manufacturers: foundational guidelines about IoT vulnerabilities (8259) and a core baseline of necessary cybersecurity components (8259A)

While SP 800-213 applies to federal agencies, the latter three are specific to IoT manufacturers.

In the next section, we take a more in-depth look into what NIST presents in this foundational guidance and new standards.

In the lead-up to the IoT Cybersecurity Improvement Act, the NIST released two core foundational documents regarding IoT device management for agencies. With the bill’s signing, NIST has the mandate to address secure development, identity management, patching, and configuration for IoT devices.

In May 2020, NIST released two foundational documents that serve as a foundation for the newly created guidelines.

Foundational Cybersecurity Activities for IoT Device Manufacturers (8259):  Targeted at manufacturers, 8259 touches on how IoT devices often lack proper cybersecurity components. With a need for more substantial cybersecurity functionality and user information surrounding vulnerabilities, this document has recommendations for how vendors can mitigate their customers’ breaches.

To Be Finalized: New Guidelines

On December 15, 2020, the NIST published the following four guidelines to offer manufacturers and federal agencies a full picture of IoT devices’ security posture.

IoT Device Cybersecurity Guidance for the Federal Government (SP 800-213):  Intended for IT professionals who assess, apply, or maintain security on a federal information system, this document details IoT devices’ systems and elements; how IoT devices support safety; and the challenges they present. The document then elaborates on important considerations and defines security requirements for IoT devices’  and their use cases. Questions agency network administrators need to ask include:

Once agencies have these answers, they’ll need to address the following questions about how their IoT devices interact with network applications and systems:

Manufacturers can visualize the use case profile for the NIST baselines by completing a three-step process:

Profile Using the IoT Core Baseline and Non-Technical Baseline for the Federal Government (8259D): The fifth in the 8259 series serves as the presentation of the federal profile for using IoT devices. Manufacturers and organizations are encouraged to use it as a starting point for determining whether their product line support system and organizational security goals. While previous documents mentioned a handful of broad capabilities, the federal profile includes 40 sub-capabilities for IoT devices. Some of these sub-capabilities include:

With the boom in IoT devices, fear over vulnerabilities and insecurity has spread to organizations’ highest levels. As a result, the drive to regulate the acquisition and use of IoT devices has been a few years in the making. We look at why IoT has the spotlight, the landmark legislation, and why it received bipartisan support.

Gartner defines the Internet of Things (IoT) as the network of physical objects that contain embedded technology for communication internally or externally. These internet-connected devices have found a way into every aspect of our lives, and in large part, have been an incredible innovation. However, the boom of IoT devices has also brought a creeping fear of mass vulnerabilities. IoT devices can be critical tools ranging from smart appliances to industrial sensors yet often have limited security features or challenging to patch.

A notable example cited in the debate of the legislation was the Mirai attack in October 2017. Using 61 username-passwords that were standard defaults for IoT devices, attackers could access hundreds of thousands of unsecured IoT devices. The Mirari botnet, a massive DDoS attack, left the internet inaccessible for much of the eastern U.S. In 2018, Defense Intelligence Agency Director Rober Ashley called the exploitation of IoT devices one of the two “most important emerging cyber threats to national security.”

First introduced in March 2019, the IoT Cybersecurity Improvement Act moved through the U.S. House and Senate chambers in the fall of 2020 and was signed into law on December 4, 2020.

The seven-page bill outlines the timely importance of increased cybersecurity standards for government-used IoT devices. By empowering the NIST to develop and publish IoT security policies, the Office of Management and Budget (OMB) will ensure all government agencies adapt to the new standards. Any devices not meeting the new compliance guidelines would be prohibited for government business as soon as 2022.

Support for the landmark IoT legislation came with broad bipartisan support. In the U.S. House of Representatives, the bill was sponsored by Rep. Robin Kelly (D-IL) and Rep. Will Hurd (TX-R) and passed by a voice vote. In the Senate, the measure passed by unanimous consent.

During the debate, Congressman Kelly noted that this legislation “aims to address supply chain risk to the Federal Government stemming from insecure IoT devices. By establishing light-touch, minimum security requirements for procurement of connected devices by the government, this bill has two main focuses: ensuring the government is purchasing secure devices and resolving critical vulnerabilities to existing devices.”

Congressman Hurd added, “If our security practices for using the Internet of Things does not evolve as our use of it grows, then we will find out how innovative criminals, hackers, and hostile foreign governments can be… We can take advantage of technology before it takes advantage of us.”

Long-term: IoT guidelines will be precedent

It’s just a matter of time. With the flood of IoT devices upon our homes and organizations, increased demands on security surrounding IoT are inevitable. The U.S. government’s decision to act on internal IoT vulnerabilities is a step in the right direction for network security. For the time being, it is impossible to say how quickly the broader market of IoT vendors will adapt to NIST’s standards. Rest assured, market demand for more robust security will eventually push organizations to meet this new precedent for all IoT devices. 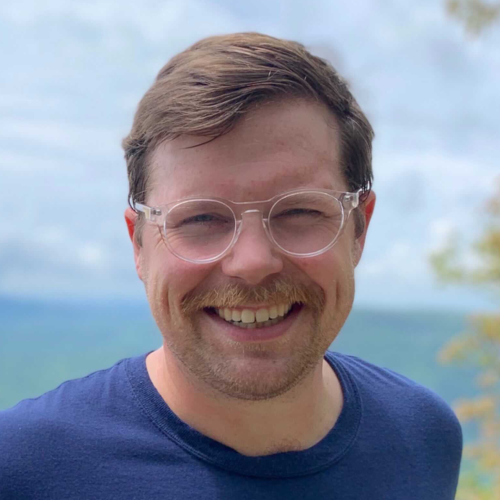