User and entity behavior analytics (UEBA) tools burst onto the scene a few years ago. Some vendors still call it by that term. But others use user behavior analytics (UBA), threat analytics, and security analytics. Many others have simply packaged UEBA into larger suites, such as security information and event management (SIEM) and extended detection and response (XDR). Regardless of what it is called, UEBA continues to be relevant in the world of security as a way of identifying and alerting IT teams about potentially malicious activity on networks. 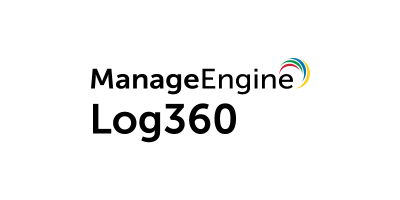 Log360 is a SIEM solution that helps combat threats on premises, in the cloud, or in a hybrid environment. It also helps organizations adhere to several compliance mandates. You can customize the solution to cater to your unique use cases.
It offers real-time log collection, analysis, correlation, alerting and archiving abilities. You can monitor activities that occur in your Active Directory, network devices, employee workstations, file servers, Microsoft 365 and more. Try free for 30 days!

UEBA brings advanced analytics and machine learning (ML) to the world of security. It can identify strange patterns in user behavior. Anomalous activities and potential malicious actors stand out once the system has been trained to recognize standard and usual user patterns.

This technology is needed in response to the fact that threat actors have progressed rapidly in the sophistication of their attacks. Many now harness artificial intelligence (AI) as part of their operations to fine-tune their nefarious deeds to increase results. Their tools can now recognize when one strain of malware has lost its virulence and suggest adjustments to improve results. UEBA tools help enterprise IT detect the latest tactics of cyber criminals and react faster to new attack vectors.

In some ways, UEBA can be looked upon as the latest evolution of traditional intrusion prevention and detection systems (IPS/IDS/IDPS). The addition of analytics makes it far easier to distinguish between normal and abnormal user behavior and detect endpoints, storage repositories, and systems that are operating as outliers from baselines created of standard network and system activity. Hence, UEBA can spot new methods of possible intrusion or malicious behavior even though no one knows what kind of attack is underway.

Like much of the security space, UEBA is a volatile area with plenty of changes being introduced year upon year. Anyone attempting to closely define UEBA, then, is dealing with a moving target.

There are a great many factors, drivers, and technologies influencing the direction and evolution of UEBA. According to Fortinet, some of the key trends impacting UEBA include:

UEBA is also being regarded as an important component of the zero trust framework. According to Gurucul, behavioral analytics can check if a trusted user or entity is behaving inappropriately or if zero trust policies are being broken. In addition, UEBA complements zero trust by detecting attacks that abuse legitimate user credentials, which zero trust policies are not built to address.

eSecurity Planet evaluated many of the UEBA products on the market to arrive at this list. Here are the top UEBA solutions based on our analysis of everything from features to user opinions.

FortiSIEM with the Advanced Agent for UEBA Telemetry add-on is a full-featured SIEM that also includes UEBA and more. This lightweight, kernel-level agent collects only what is required to profile normal behavior of the endpoint it’s installed on and the users who log in. It securely caches and then streams back the telemetry it collects whenever the user is connected, including to cloud-based collectors if desired, and provides a method of monitoring users working remotely.

Gurucul UEBA detects and responds to threats based on an understanding of normal activity that continuously learns and adjusts to characterize suspicious and anomalous activity. Combined with threat content and other analytical capabilities, Gurucul UEBA can help security teams quickly distinguish malicious activity from false positives.

Also read: Hyperautomation and the Future of Cybersecurity

Cynet XDR is a complete breach protection service. It offers organizations a single, multi-tenant platform that can converge endpoint, user, and network security functionalities within one suite. As part of the services, the company provides the services of CyOps, Cynet’s 24/7 SOC team of threat researchers and security analysts.

LogRhythm UEBA is a cloud-native add-on to the LogRhythm SIEM Platform. It uses machine learning to detect anomalies related to potential user attacks, such as insider threats, compromised accounts, administrator abuse, and misuse.

InsightDR by Rapid7 continuously baselines normal user activity beyond defined indicators of compromise to detect hard-to-spot threats, such as attackers that are posing as company employees. This UEBA tool connects activity across the network to specific users. If a user behaves in a way that’s unusual, response and investigation is fast.

Exabeam Advanced Analytics are now packaged within its Fusion SIEM offering. Fusion SIEM breaks down silos by combining weak signals from many products into high-fidelity threat indicators using behavior analytics. This approach detects complex, unknown, and insider threats to find attacks missed by purpose-built tools or other analytics tools that have been deployed.

Microsoft Sentinel helps stop threats before they cause harm via a bird’s-eye security view across the enterprise. Its cloud operation means it eliminates security infrastructure setup and maintenance and can elastically scale to meet security needs.

Previous articleNew Highly-Evasive Linux Malware Infects All Running Processes
Next articleHow One Company Survived a Ransomware Attack Without Paying the Ransom
Drew Robb
Drew Robb has been a full-time professional writer and editor for more than twenty years. He currently works freelance for a number of IT publications, including ServerWatch and CIO Insight. He is also the editor-in-chief of an international engineering magazine.

Top 6 Rootkit Threats and How to Protect Yourself